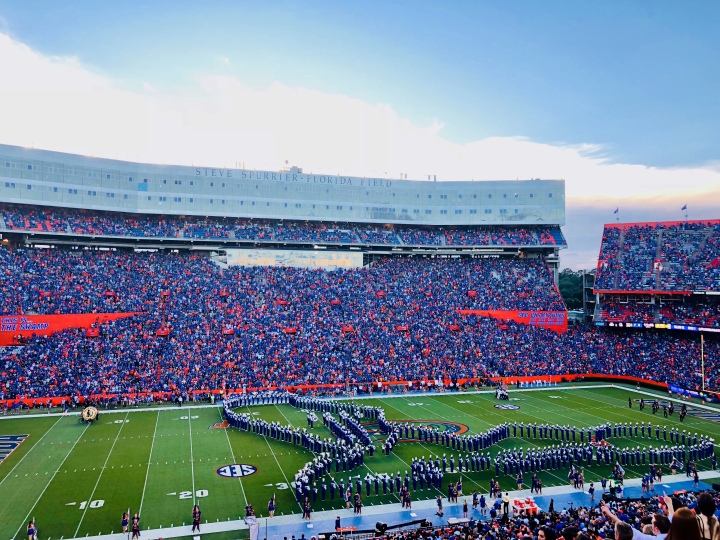 The Florida football team entered their bye week coming off a win against the Missouri Tigers. They’ll face in-state rival Florida State for their final game of the regular season next Saturday, Nov. 30.

Florida State fired Willie Taggart, former head football coach, on Sunday, Nov. 3. This was following a 27-10 loss to Miami the previous day. Defensive line coach Odell Haggins took over as interim head coach. This is not Haggins’ first time serving as interim head coach for the Seminoles. He took over coaching duties after Jimbo Fisher left for Texas A&M.

Since Haggins became interim head coach, the Seminoles are 2-0 with wins against Boston College and Alabama State. Like the Gators, FSU has a bye before their matchup.

According to Florida head coach Dan Mullen, facing an interim head coach can come with some challenges. Coaching power allows for some personality to be thrown in the game.

Florida vs. Florida State kickoff is set for 7:30 p.m. next Saturday in the Swamp.

Mullen confirmed this yesterday in his midweek teleconference. Sproles comes with high praise from the Florida program and will likely get some interest from smaller schools.

Sproles will remain with the Florida football program for the rest of the season and will graduate in the spring.

“He’s why they put the transfer portal in. He really would like the opportunity to go play next season, said Mullen.”

Players Leaving Early for the NFL

Mullen addressed the topic of players forgoing their senior seasons and leaving for the NFL. The bye week has given Florida’s coaching staff some time to sit down and talk with players about their futures.

About eight Gators are thinking about leaving early for the NFL and two to three could be serious about it, according to Mullen.

Story can also be found via ESPN Gainesville at wruf.com.

Maddie Schmidt is a  University of Florida graduate. Storytelling is her passion. She is currently pursuing her dream of working in the sports media industry.