Without a doubt Coach Van Horn’s team was ready to go last night. A nearly three hour rain delay did not stop the Razorbacks from rolling over the Longhorns. They finished the game with 15 hits and an 11-5 win. Texas struggled against Arkansas, especially in the 6th inning. They sent in 6 pitchers to get out of an inning that seemed to last forever. 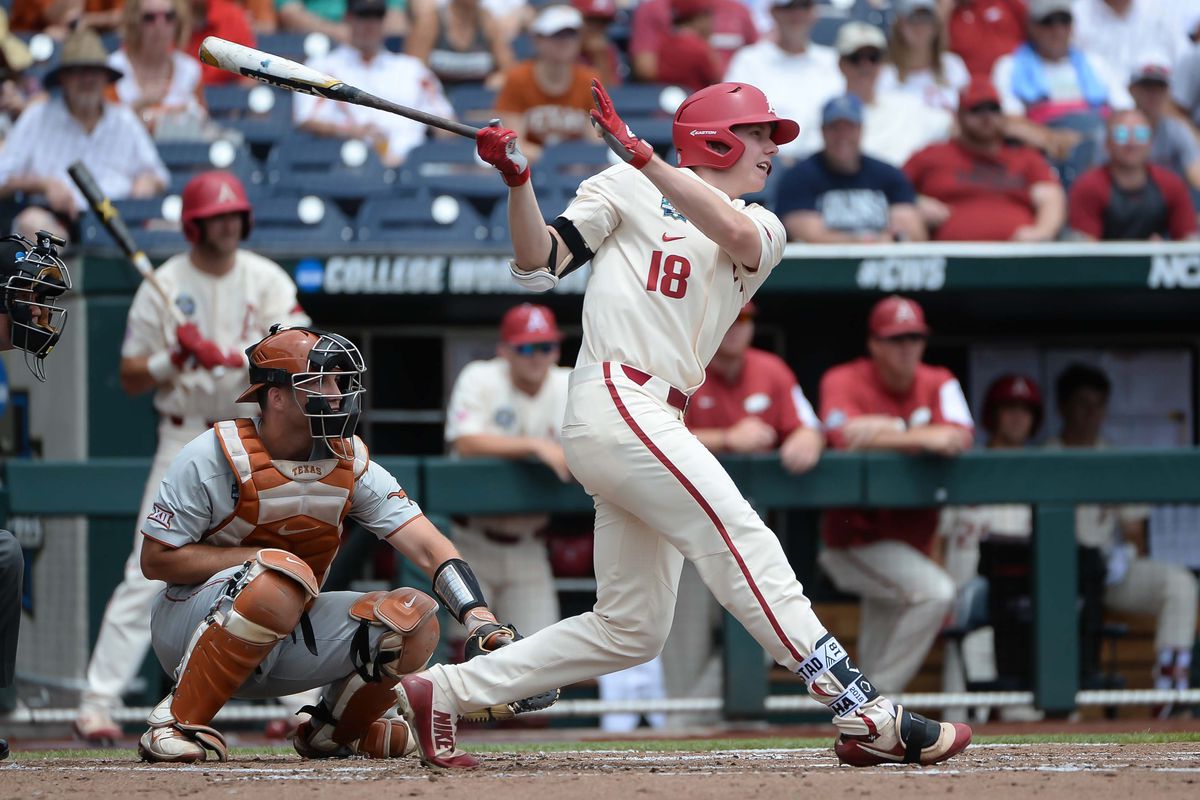 The defending national champions and their top pitcher Brady Singer fell to Texas Tech 6-3. Coach Tadlock’s squad handed Singer his first loss in nearly three months. Sure nobody wants to lose game one in Ameritrade Park, but a loss doesn’t necessarily ruin those National Championship hopes. The past 10 National Champions lost game one prior to taking home the title. Elimination games aren’t new to the Gators. Head Coach Kevin O’Sullivan reminded his team that they’ve “got to move forward…It’s not impossible, it’s certainly doable.” Florida will face Texas at 2pm on Tuesday.

Another Walk Off Win:

Mississippi State now has 3 walk off wins in the NCAA Tournament after beating Washington 1-0. After a scoreless eight innings the Bulldogs managed to secure a win with Luke Alexander’s walk off single in the bottom of the ninth. Mississippi State advances and will face North Carolina at 7pm this evening. The Huskies on the other hand will compete in an elimination game today at 2pm against Oregon State.

Nothing is certain in the College World Series. However, one thing is for sure… It’s going to be a wild couple of weeks in Omaha.

Maddie Schmidt is a sports content creator. Storytelling is her passion. She is currently pursuing her dream of making a mark in the sports media industry.